Haifa Wehbe’s birthday was yesterday. Haifa appeared earlier this week in several videos a midst her birthday celebrations, like the surprise party thrown by “Aswad Fateh”series team, in which Haifa is co-starring during Ramadan 2020. 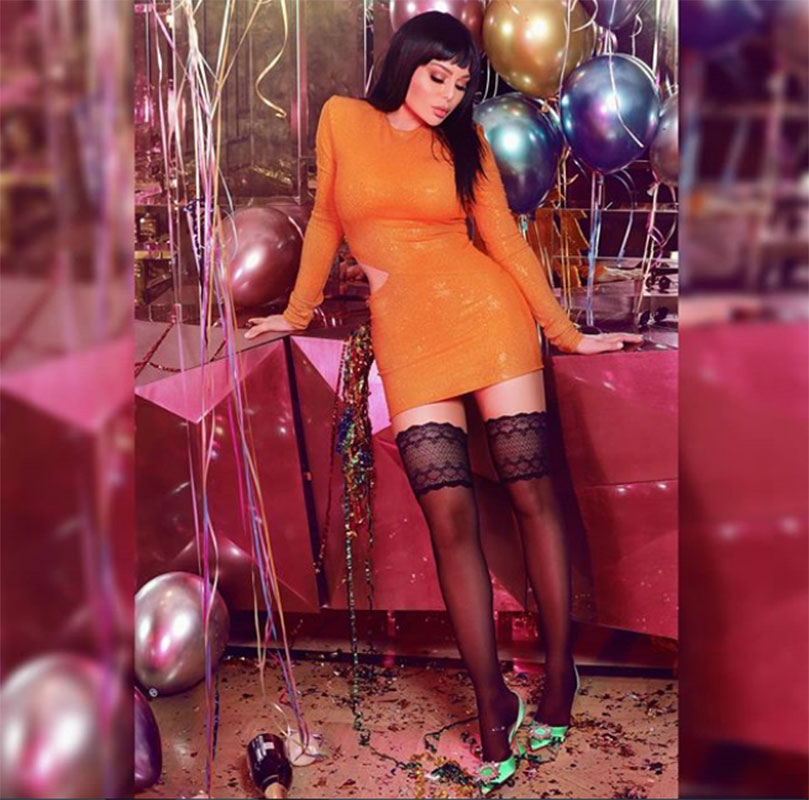 However, Haifa shared one picture of herself from her birthday celebrations, where she chose Alexandre Vauthier’s orange embellished mini dress with a cut-out detail at the side, and the The BEGUM mint green sling pumps from Anima Muaddi along with lace thigh high over-knee socks. 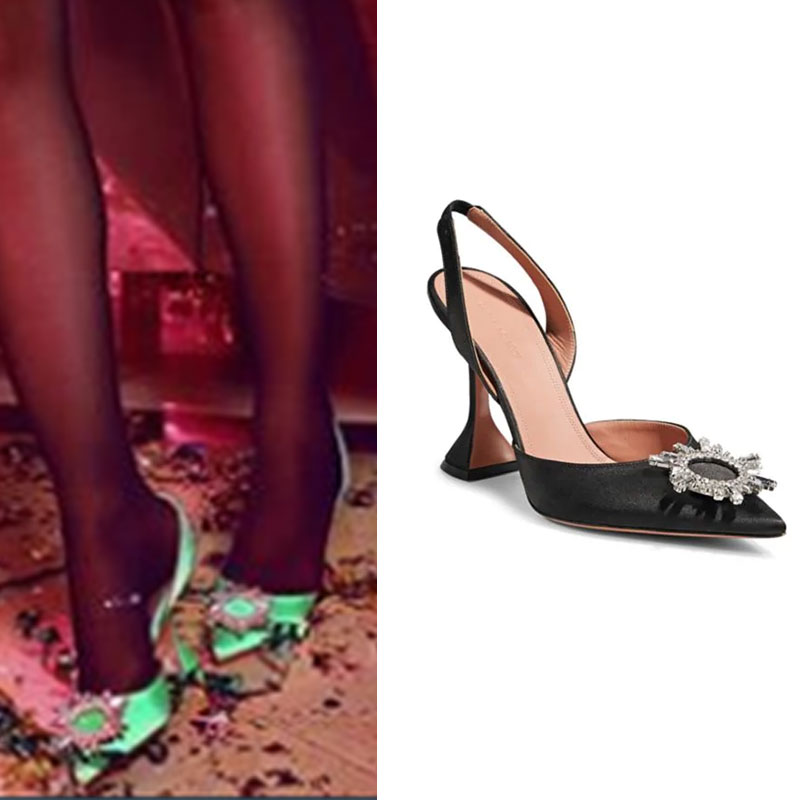