The youngest of Stephanie of Monaco's children and Louis Ducruet's wife appeared in a special color for the closing ceremony of the Monte Carlo Television Festival.

The symbolism of red has never been so significant. The 61st edition of the Monte-Carlo Television Festival, which rewards the best international television productions, was held from June 17 till June 21. The event was attended by many members of the royal family, including Albert II of Monaco, Camille Gottlieb and Marie Chevallier-Ducruet. The youngest of Stephanie of Monaco's children and Louis Ducruet's wife both chose red to attend the closing night, which saw the series The Tourist win three prizes. A color with royal symbolism that lends itself perfectly to the occasion.

One color, two different fabrics. Camille Gottlieb opted for a long ball gown in taffeta with a slit on the right side. A creation signed Tarik Ediz that revealed with grace her leg and a pair of pumps of the same color. From her side, Marie Ducruet, who was accompanied by her husband, was dressed in a column dress in velvet that enveloped her figure. 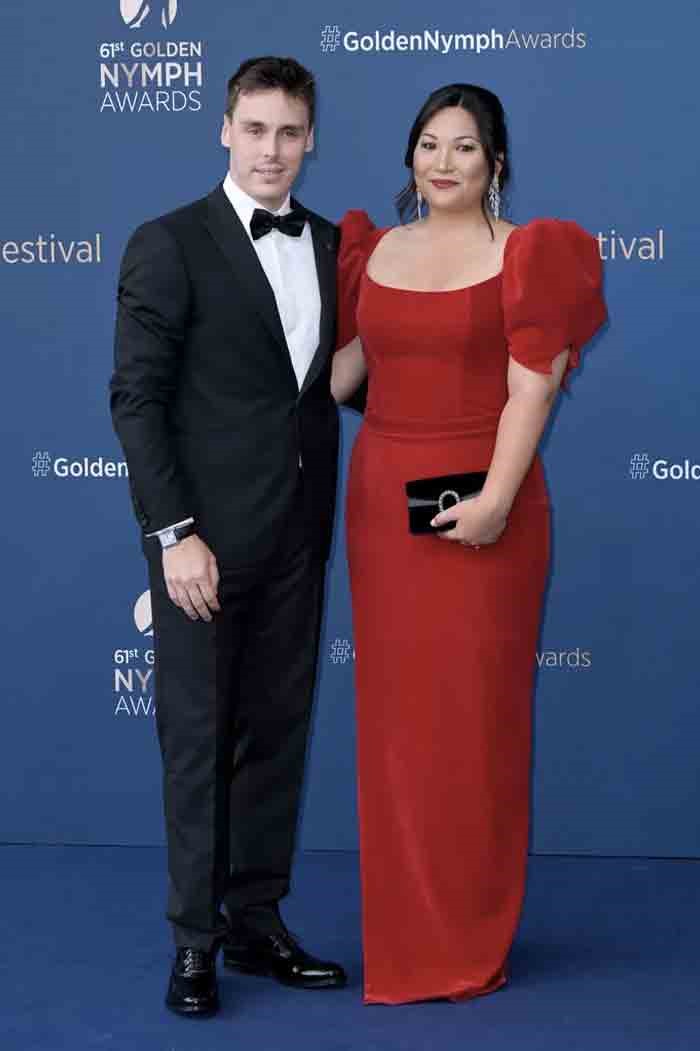